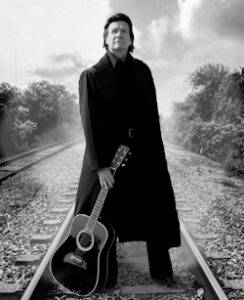 Terry Lee Goffee’s unparalleled tribute to country music icon Johnny Cash has made him a fixture at The Strand, selling out two solo concert appearances. Terry Lee’s interpretation of ‘The Man in Black’ is so spot-on, he was recruited by the makers of the Guitar Hero video game series to motion-capture his moves for the Johnny Cash character in the game! When we coupled him with another gifted tribute artist, Josey Waverly, and her showcase of another legendary country star, Patsy Cline, the theater could barely contain all of the fans!

Now, the Staff and Volunteers at The Strand could not be more excited to announce the return of the exclusive  team-up concert event:  CASH & KILLER – A TRIBUTE TO JOHNNY CASH & JERRY LEE LEWIS!

Terry Lee will be joined by Blair Carman, a tremendous rockabilly artist in his own right, and one who’s been called, ‘The Best 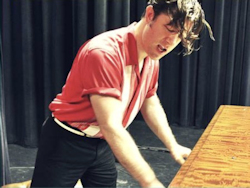 Thing That’s Happened To Honky Tonk & Rockabilly Piano Playing Since Jerry Lee Lewis!” Lewis had such energy and enthusiasm in his performances that he earned the nickname “The Killer” for the way he knocked out his audiences!  This is how best to describe the wild piano pounding Rock-N-Roll talent of Blair Carman.  Take the 1957 hands of Jerry Lee Lewis and put his songbook into the hands of this 21st century piano pumpin’, rockabilly kid, and you know what kind of show to expect

Terry Lee and Blair will share the stage for when they return for this stirring tribute to their respective music idols.  Act 1 will showcase the high energy rockabilly sound of Jerry Lee Lewis and the Act 2 will showcase the stirring classic country sounds of Johnny Cash.

Whether you’re a fan of either of these iconic music legends, or just an engaged music lover, this exclusive pairing is a concert experience not to be missed!