Abba Revisited Is A Must-See For Fans Of Sweden’s Number One Export!

ABBA is one of the most popular groups in the world. Their record-breaking hits continue to thrill music lovers of all ages. Since their first triumph at Eurovision in 1974, ABBA has sold over 400 million copies of their albums. One of Broadway’s greatest hits, Mama Mia, which also spawned a blockbuster film and sequel, is based on ABBA’s iconic music. Today, new renditions of popular ABBA songs permeate modern musicals and media, stimulating a new generation of ABBA fans. 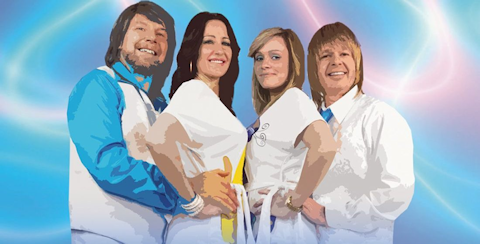 ABBA Revisited is North America’s #1 tribute to ABBA and it’s members have been dazzling audiences across the globe since 2001. ABBA Revisited recreates the magic of ABBA with authentic costumes, spectacular harmonies and note-perfect musicianship, taking their audience on a musical journey back in time. From Vegas to Bermuda, Mexico to Dubai, and Guatammala, ABBA Revisited recreates the show-stopping look and sound that ABBA fans around the world can’t deny! This show is a MUST SEE!!!

It can be argued that ABBA dominated the pop genre in the 1970s and early 1980s – and now their music is being revisited in a show that features incredible musicians and singers, including four who look and sound stunningly like the original super group! 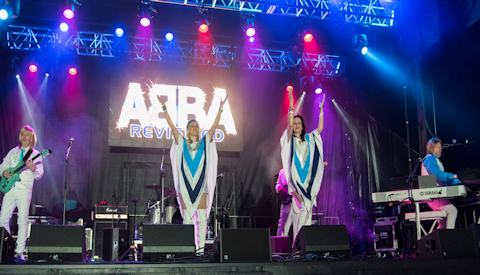 Based out of Canada, ABBA Revisited has toured all over the world, playing in performing arts centers, concert halls, and fairs & festivals to tens of thousands of fans! But through this EXCLUSIVE ENGAGEMENT with the band, you can experience this amazing tribute in the intimate space of The Strand. Recapture the fun and frolic that was ABBA with this stunning tribute show.  You WON’T find it in downtown Pittsburgh, or any other venue within 90 miles of Main Street, Zelienople! You’ll enjoy the sounds, the music, the look, and even the mannerisms of this iconic band as ABBA Revisited performs all of ABBA’s greatest hits!

CLICK HERE to watch a promo video of ABBA Revisited. After watch

it, you’ll see why fans just can’t get enough of this tremendous tribute!